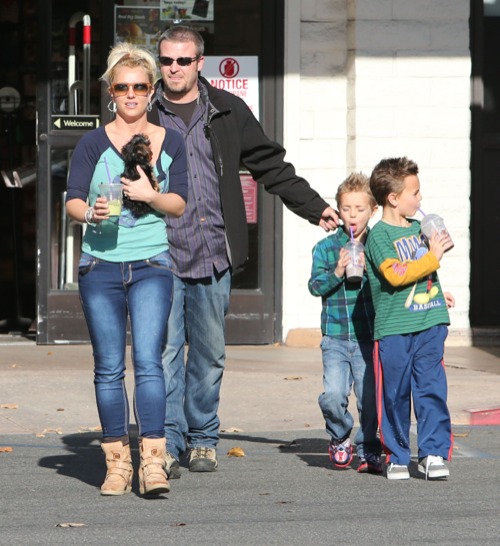 Britney Spears‘ sons Sean Preston, 7, and Jayden, 6 are following in her footsteps.

While debuting her new single, “Ooh La La,” on Ryan Seacrest’s radio show Monday morning, the proud mom revealed that her sons will make a cameo in the music video for the song.

“They were actually really, really good on set,” she told Seacrest. “They were, like, acting, and my oldest son, Preston, was right on cue every time they would tell him to do something … Later on I got to see what they actually did on camera and it was adorable.”

Britney agreed to do the song for  the The Smurfs 2 soundtrack because her sons are “obsessed” with the cartoon characters.

Spears also revealed that she’s currently working on her eighth studio album and should hit stores “by the end of the year.”