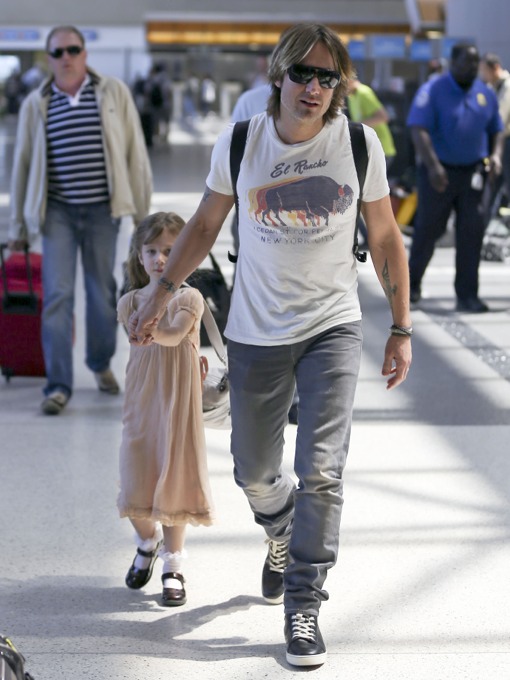 Keith Urban and his daughter Sunday Rose were pictured arriving at LAX airport in Los Angeles, CA for an outbound flight on Friday (May 17).

Urban who just wrapped up judging the 12th season of American Idol says he’d be happy to stay as a judge on the show.

“I would [return] in a heartbeat, yeah,” the country superstar told Access Hollywood following the show on Wednesday.

Although, when asked if know whether he will be brought he told:

“I have no idea. All I know is that there is talk about it,” he says. “For me, I’m in the studio literally this week finishing up my album and putting a tour together, hitting the road in July. So onwards.”

When is the right time for Baby #2?

Denise Richards Takes Her Girls To The Grove