Denise Richards Takes Her Girls To The Grove 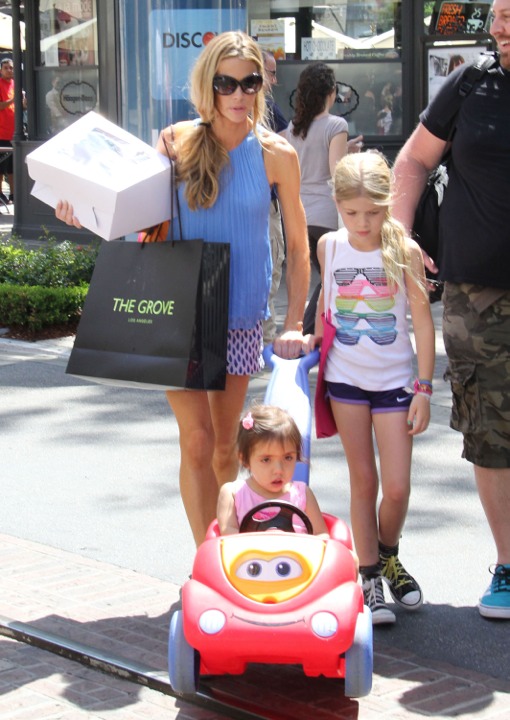 Denise Richards attended a private party at The Grove with her daughters Eloise and Lola in Hollywood, CA on Saturday (May 18).

The Wild Things actress juggled holding parcels from the party while pushing the toddler in a car shaped buggy. Luckily, Lola pitched in and helped direct the buggy.

Meanwhile,  Brooke Mueller who is currently doing her 20th stint in rehab went to court to try to get temporary custody of her four-year-old twin boys Bob and Max taken away from Denise Richards and given to her brother.  Many suspect her was motived was the $55,000 she gets paid monthly from the boys father Charlie Sheen (Richard’s ex-husband) for child support.

The judge in the case was not being fooled and shot down Muellrt’s request seeing no reason to disrupt the boys again.

“Brooke’s claims that Denise was only taking care of the boys for financial gain fell flat because the actress signed a sworn declaration that she had refused money from Charlie. Denise’s declaration also went on to say that she didn’t want any money EVER for her care of the boys,” a source told Radaronline.

What do you think did the judge make the right decision?