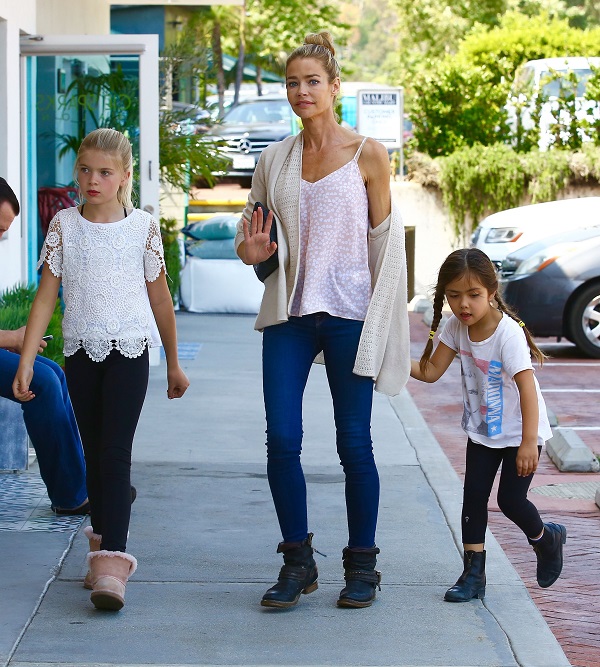 Denise Richards was spotted out on the town with her two daughters in Malibu for a mother-daughter shopping trip on Tuesday May 17.  Lola and Eloise are getting so big!  Lola Rose Sheen was born in 2005, and is 10 years old now!  And, her little sister Eloise Joni Richards turned 4 years old this year, the youngest of Denise’s children – Richards opened up about her daughter’s adoption a few years ago.

Denise, Eloise, and Lola hit up a boutique together, all smiles in the beautiful California weather, and Richards tried on several of pairs of sunglasses.  Of course, her 10 year old daughter Lola was nearby to offer her mom some fashion pointers and give her seal of approval.

It really is great to see Denise Richards spending quality time with her daughters, and Lola is growing up to be a beautiful young woman, just like her mama!  Recently, Denise Richards got the acting bug and she has been working on five films, four of them she recently completed filming and they are in post-production, and should be released in late 2016 or early 2017.  Also, she is currently filming another film called “American Satan.”  And, somehow Denise manages to juggle her motherly duties and her busy career like a pro.  Plus, she finds time for mother-daughter shopping trips with Eloise and Lola!