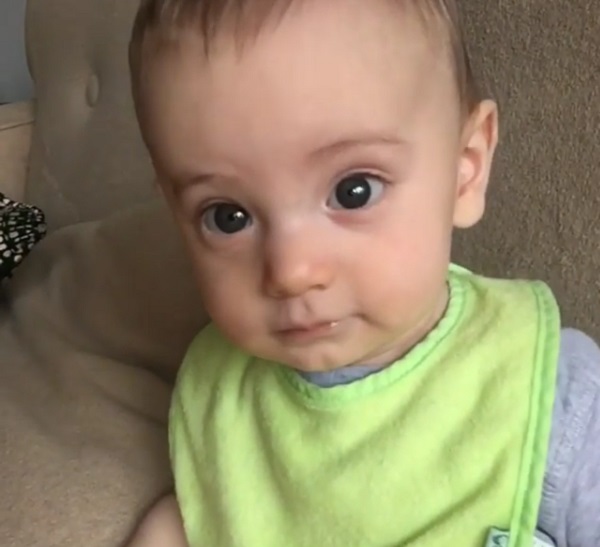 Ginger Zee is headed to the Dancing With The Stars Season 22 finals, but when she isn’t tearing it up on the dance floor with her pro partner Val Chmerkoskiy, the Good Morning America host is spending time with her adorable baby boy Adrian.

Last Spring ABC’s chief meteorologist Ginger Zee confirmed that she was pregnant with baby number one on Good Morning America.  She discussed her pregnancy frequently on the ABC news show, and even revealed her baby boy’s gender on TV.  In December 2015 Ginger gave birth to baby Adrian Benjamin Colonomos, and now he’s 5 months old! 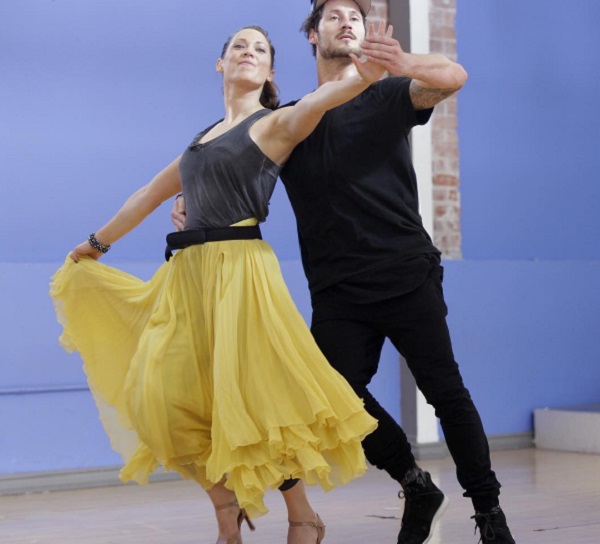 Ginger Zee spent a few months recuperating with baby Adrian, and then she began her stint on the current season of Dancing With The Stars.  Ginger has managed to juggle being a mom, and even breastfeeding in between rehearsals, and she and Val have made it all the way to the finals!  On Monday May 23, Adrian’s mom will compete on live television for the Mirror Ball Trophy.

This week Ginger shared an adorable video on her Instagram of Adrian – and he is getting SO big!  The proud mom called out to Adrian and got the 5 month old to smile for the camera.  Zee captioned the super cute video, “I can’t get enough of his smile. #AdrianBenjamin.”  Of course Ginger’s followers immediately went crazy in the comments – commenting on how cute her little one is and wishing her good luck on the DWTS finals.

Check out the adorable video below!  Seriously, how cute is he?  Will you be voting for Adrian’s mom in the Dancing With The Stars finals?

I can’t get enough of his smile. #AdrianBenjamin