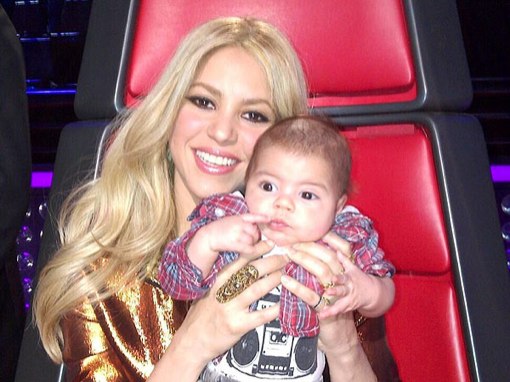 Does Shakira have a future judging coach on her hands?

On Thursday, Shakira’s 11-week-old son, Milan joined her on the Los Angeles set of The Voice.

“Clearly Milan’s intrigued by this performance #5thCoach”  the proud mom captioned an adorable photo of Milan sitting with her in the famous red judging/coach seat.

She followed up the first picture with another of Milan scrunching up his little face into a scowl as he attempted to press the button. 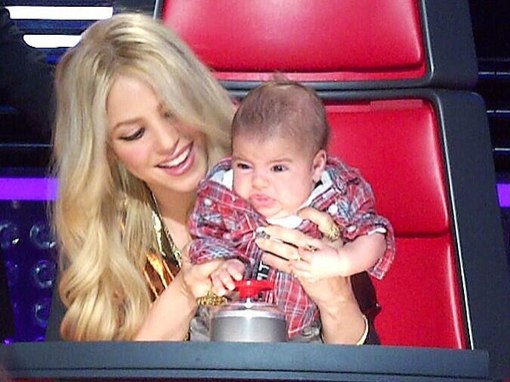 Last week, the Colombian singer and fiance Gerard Pique took Milan to get his passport.