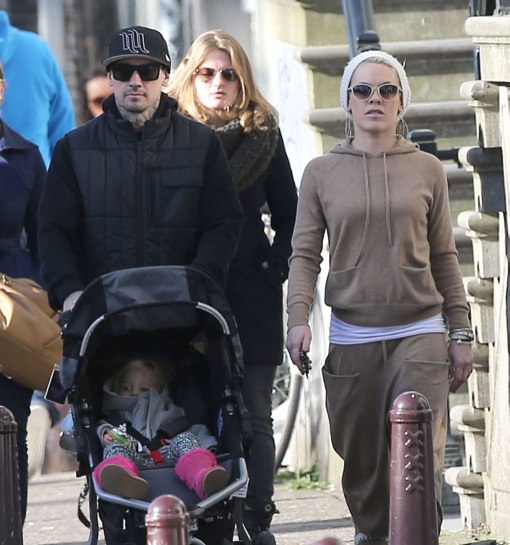 Pink and husband Carey Hart enjoyed some sightseeing with daughter Williow while  in Amsterdam on Saturday (April 20, 2013)

The singer was dressed casually but stylishly in a beige jogging suit while out.  The 22-month-old took in the sights while relaxing in a black stroller.

The singer is two months into her The Truth About Love World Tour, which will end in December.  She performed on Friday night in the city and earlier the week in Paris, France.

The shows have received positive reviews.