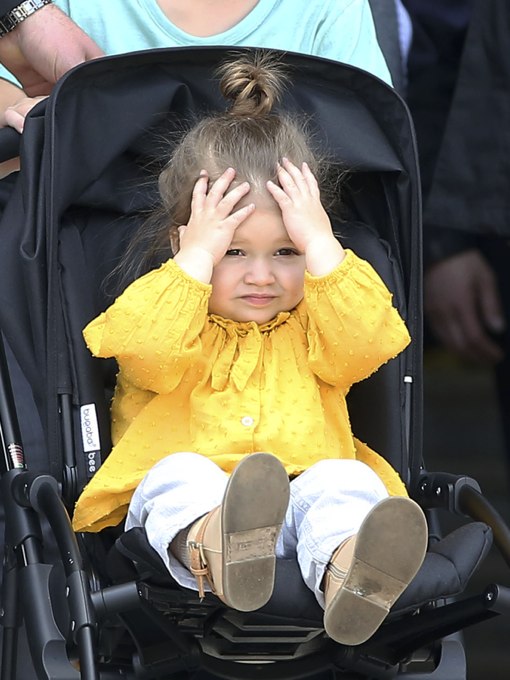 Harper Beckham put on a little show while out with her family at Palais de Tokyo in Paris, France on Saturday (April 20th).

The 21-month-old tot was spotted out at a high end baby boutique with brothers, Cruz and Romeo and their mom Victoria. After picking up a new high chair, Cruz pushed  her around town in a trendy Bugaboo stroller. She made silly faces and put her hands on her face while the paparazzi snapped away.

Victoria reportedly turned to celebrity fitness guru Tracy Anderson in a bid to give her exercise and diet plan an overhaul. After just a few weeks, the busy mom-of-four is said to be feeling better than ever.

“Victoria says she wanted to feel confident in her skin again and wants to be sexy for David. She’s three weeks into the plan and she has told pals she’s like a new woman already!” a source told British magazine Closer. “She feels five years younger! Her energy levels are up and she’s loving having the stamina to kick about with the boys and run after Harper. She can’t wait for David to enjoy all her hard work!”

Keep Calm and Hug Your Kids