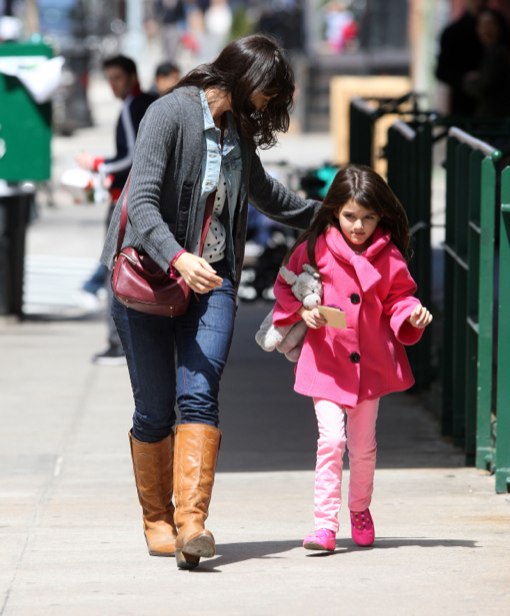 Katie Holmes and her daughter Suri Cruise were pictured stopping by a nail salon in New York City on Saturday (April 20, 2013)

The duo were not in the mood to be photographed while leaving the salon. Suri who was dressed in all pink outfit tried to shield her face from photographers.

Suri’s dad Tom Cruise wasn’t with his daughter on her actual birthday. They celebrated the special day earlier in the week.

”Done already. All done. I take care of the kids early. You’ll know, you have to plan ahead for these things. It’s all done and all celebrated,” he told Ryan Seacrest on KIIS Radio while promoting his new movie Oblivion. ”I’ll eat cake, cupcakes. I eat all that stuff.”