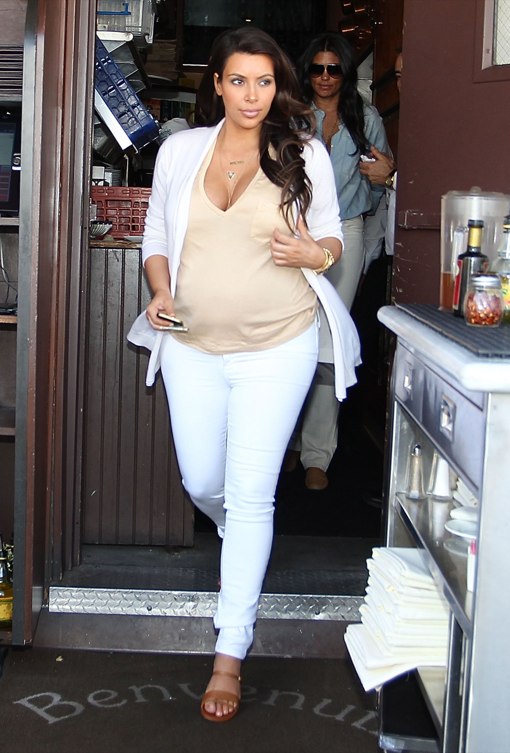 Kim Kardashian enjoyed a day out with a friend in Beverly Hills, CA on Saturday (April 20).

The pregnant reality star wore a cream top that emphasized her growing pump with white jeans and flats while helping her gal pal do some house hunting in the exclusive neighboorhood.

Later, they headed to Il Pastaio for lunch.

Kim had a lot to celebrate last week! After a year-and-a-half nasty legal battle, it was revealed that she reached an out-of-court divorce settlement with ex Kris Humphries.

The NBA basketball star had previously refused to settle, demanding an annulment after alleging that she had duped him in to a fraudulent marriage

The news came just weeks ahead of their planned trial on May 6.