Kate Middleton Has No Plans To Slow Down During Her Pregnancy 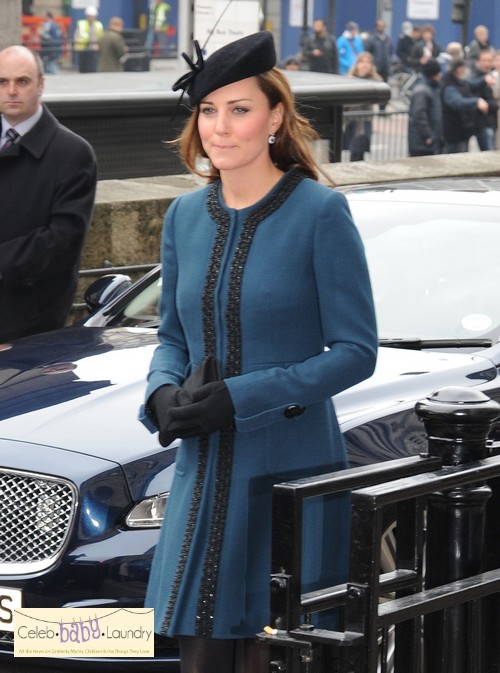 If you thought Kate Middleton would be resting during the remaining months of her pregnancy… think again. The Duchess of Cambridge has no plans on slowing down anytime soon, Now magazine reports. The 31-year old, who is currently six months pregnant, will continue her royal duties, and this week is no different as she has already agreed to make appearances at five events for this week alone.

Though she constantly has doctors over to check up on her health, Kate is desperate to keep her schedules filled, and there’s a simple reason as to why she’s doing it. Ever since Prince William gave Middleton the wedding ring his mother, Princess Diana had worn on her wedding day it has come across like Kate has tried to live in Diana’s shadow by doing everything she did.

You may recall back in the 80s when Diana was carrying her first child… William, of course. At the time Diana was doing everything she can as long as it didn’t take a toll on her health; she attended meetings, press events, royal engagements and signings — even just days before she gave birth. So, it’s very much coming across like Kate is trying to live up to Diana, seeing that she’s being called the “new Diana”.

A source dished: ‘Kate plans to work for as long as she possibly can.She’ll obviously keep a close eye on her health and that of the baby, but she doesn’t see why that means she has to stay at home doing nothing. She’s made commitments and it just wouldn’t be her style not to stick to them.’

William is said to be very cautious about his wife overworking herself with such a tight schedule, stressing that she must focus on the baby and herself before anything else. He likes the fact that she’s determined to continue her royal duties, but overworking yourself is the easiest way to end up suffering from a miscarriage.

Family Fun: A Trip To The Monterey Bay Aquarium