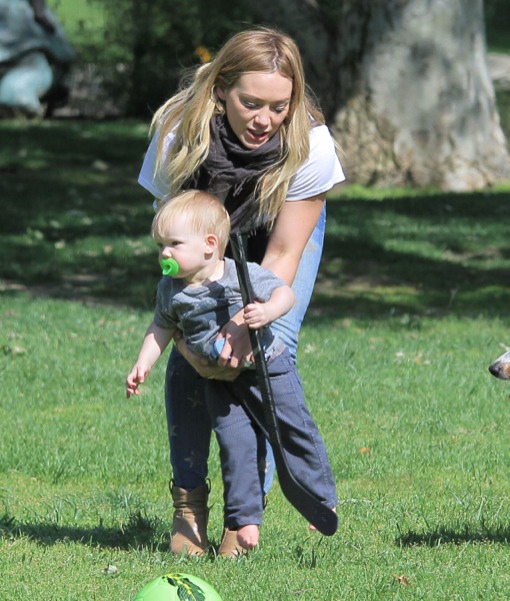 Hilary Duff was pictured bonding with her son Luca at Coldwater Canyon Park in Beverly Hills, CA  on Tuesday (April 2).

The 1-year-old is already taking after his dad, former NHL play, Mike Comrie. Her ran around with a baby hockey stick while Duff tried to catch up with him. After, Duff pushed Luca on a swing.

The actress is set to return to the small screen by making a guest appearance on the season finale of Two and a half Men.

She will play Stacey, a love interest for Walden (Ashton Kutcher). But in a twisted turn of events, he ends up falling for her grandmother, played by Taxi and Celebrity Apprentice star Marilu Henner.

Two and Half Men‘s season finale will air May 9 on CBS.