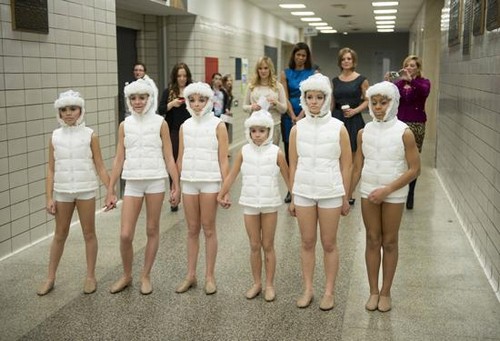 Dance Mom’s returns with Lifetime with a new episode called, “Watch Your Back, Mack.”  On last week’s show in a special two-hour episode the Abby Lee Dance Company prepared for a group number that was a tribute to Rosa Parks.

The team had to bring their “A” game because they were going head-to-head against Cathy and her Apple Core. Meanwhile, Mackenzie became an internet sensation with her make-up tutorials.  If you missed the drama of last week, we have your recap right here.On tonight’s show Kelly is livid when Abby pulls Brooke from this week’s competition due to her less than stellar performance in the “Rosa Parks” group number.After Abby invites Broadway star, Rachelle Rak, to choreograph a Bob Fosse inspired group number, the two butt heads over style and content.  The idea is to do a Bob Fosse-inspired routine but if we know Abby at all, it won’t be long before they clash!

Tonight’s episode is going to be another drama packed one, which you won’t want to miss. So be sure to tune in for live coverage of Lifetime’s Dance Moms Season 3 episode 14— tonight at 9PM EST.