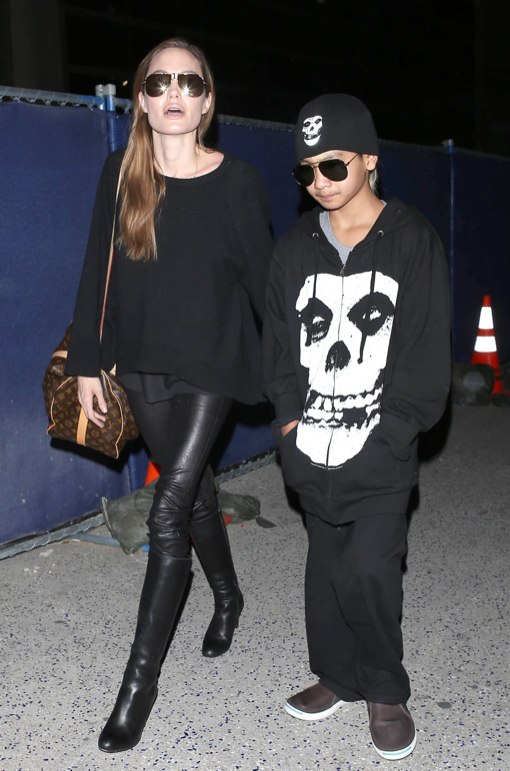 Angelina Jolie and her son Maddox Jolie-Pitt were spotted arriving on a flight at LAX in Los Angeles, CA on Friday (April 12).

The mom of six wore a loose black sweater with leather pants and and boots while walking out of the terminal. Walking next to his mom, the 12-year-old wore a Misfits skull beanie hat with a matching sweater and black pants.

Jolie was returning from London where she made an appearance on Thursday at the G8 Foreign Ministers Summit. She spoke out against sexual violence against women and children in war zones.

“Hundreds of thousands of women and children have been sexually assaulted in the wars of our generation. But wartime rape is not inevitable,” the United Nation’s special envoy for refugees said.  “This violence can be prevented, and it must be confronted. I have heard survivors of rape from Bosnia to (the Congo) say that the world simply does not care about them.”

“But today I believe that their voices have been heard, and that we finally have some hope to offer them,” she added