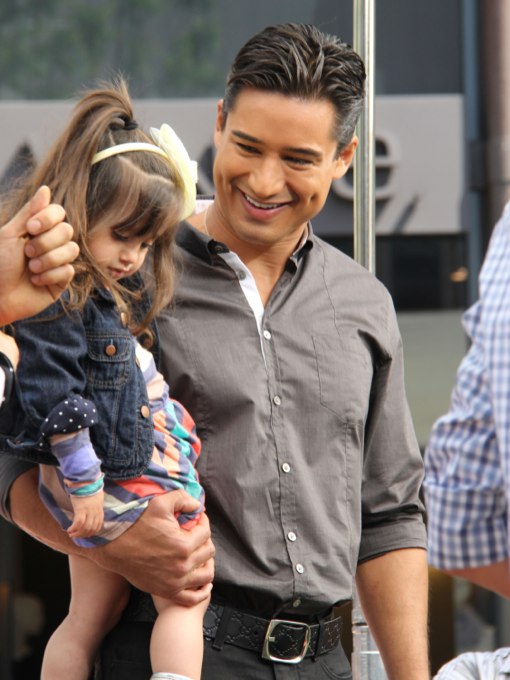 Mario Lopez got a special visit from his pregnant wife Courtney Mazza and their daughter Gia while filming an episode of Extra at The Grove in Los Angeles on Friday (April 12).

The TV host grabbed his daughter in between takes and gave her a big kiss. While her dad filmed, she pushed a toy stroller around while her mom followed.

While speaking about his expanding family while making an appearance on the Ellen DeGeneres show, Lopez revealed that he wants a huge family.

He added that he and his wife are unaware of the gender of their future baby.

“We don’t. We waited for Gia to find out….It was a best feeling ever.”