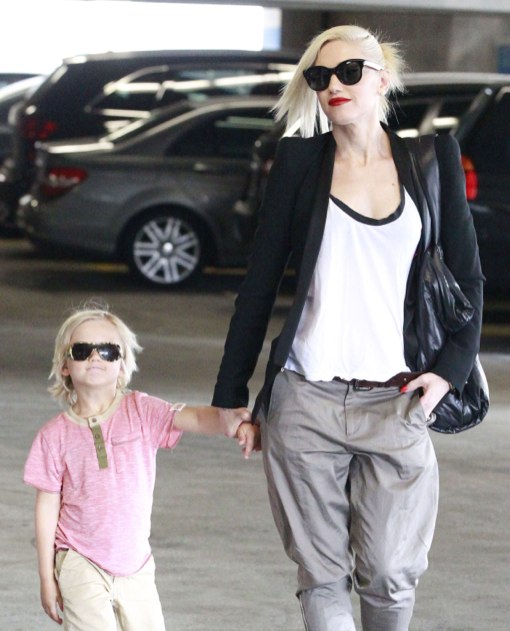 Gwen Stefani stepped out to take her son Zuma to the doctor’s office in Beverly Hills, CA on Friday (April 12).

The No Doubt singer looked stylish as usual in a black blazer, white tank and khakis while holding Zuma’s hand on the way to the office.

While covering the January 2013 issue of Vogue, Stefani revealed she was hesitant to record new material with her bandmates after an 11-year hiatus.