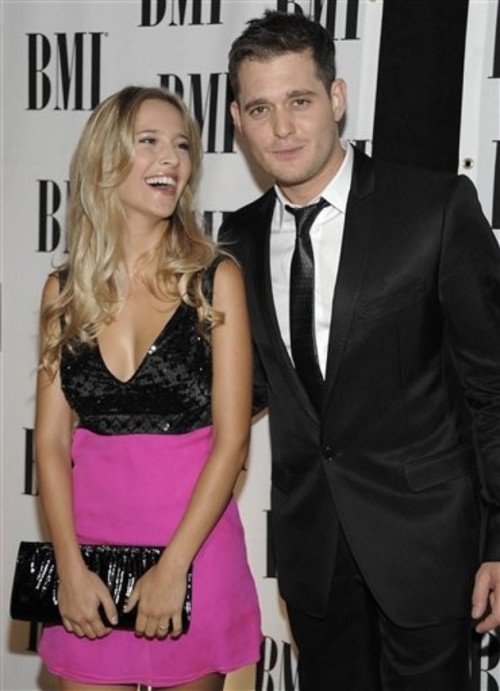 Michael Buble and wife Luisana Lopilato are having a baby son!

“We are so excited,” the Canadian singer told the New York Post‘s Page Six. “We have just come from the hospital, and the sonogram was pretty clear, it’s a boy! We are thrilled.”

The couple announced they were going to be parents on Jan. 24 via video message.

In the video, hey shared a teeny ultrasound image accompanied by Buble’s classic song “Haven’t Met You.” “Mike, Lu and . . . mini Buble!” the text in the clip read. “We’re having a baby Buble!”