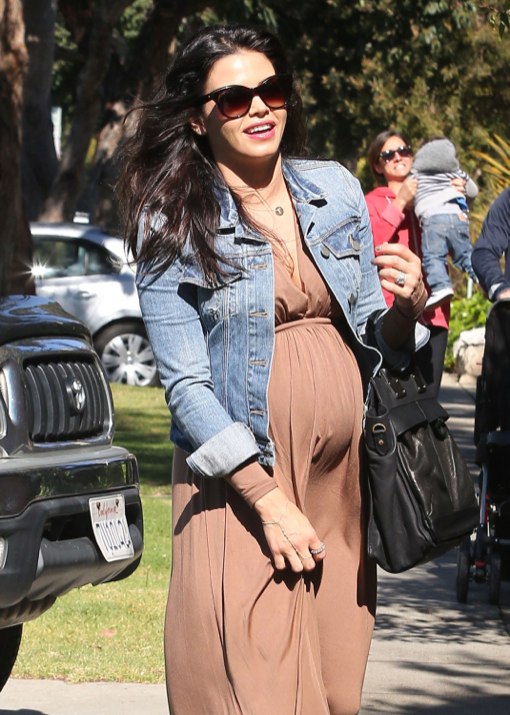 Jenna Dewan was spotted attending a prenatal appointment at her doctor’s office in Brentwood, CA on Thursday (March 13).

The American Horror Story actress wore a jean jacket while showing off her growing bump in a brown maxi dress.

Jenna is backing PETA’s petition for criminal charges to be brought against the state’s Global Captive Breeders (Gcb) company, which bred and sold reptiles, rats and mice. The GCB are alleged to have neglected and abused more than 18,000 of the animals, resulting in several of the creatures dying.

“I was discouraged to learn that your office has yet to take any action against the owner of Gcb or its employees, despite having been presented in December 2012 with compelling evidence – including expert veterinary reports, video footage, and photos – that a huge number of animals at Gcb had died or were dying and enduring unimaginable suffering,” she wrote in a letter to Riverside County District Attorney Paul Zellerbach.

“As an expectant mother, I was particularly heartbroken to see photos of ailing mother rats with open wounds on their bodies who stood guard protectively over their dead or dying babies. I implore you, too, to take action and send the strong and compassionate message that cruelty to animals is taken seriously… Justice must be served for the unspeakable suffering endured by countless animals at Gcb,” Jenna added.