Jennifer Garner Brings Samuel Along While Picking Up Violet From School 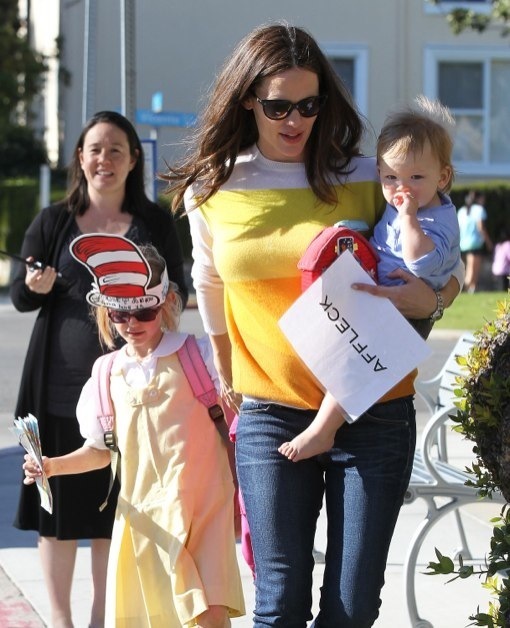 Jennifer Garner brought her baby boy Samuel along with her to pick up her daughter Violet in Santa Monica, CA on Thursday (Feb. 28).

The Butler actress wore a bright sweater and navy jeans while carrying the newly 1-year-old boy and a “Affleck” sign. Violet was dressed in her yellow school uniform while wearing a paper Cat in the Hat themed band on her head.

Last Sunday, Garner walked the red carpet of the Academy Awards in Los Angeles. She stunned in a Gucci gown paired with Neil Lane jewels and a Roger Vivier clutch.

“Working on our marriage for 10 Christmases,” adding, “It’s work, it’s the best kind of work…and there’s no one else I’d rather work with,” Garner’s husband Ben Affleck told while accepting an Oscar for his film Argo.

Hilary Duff Has a Walker on Her Hands!