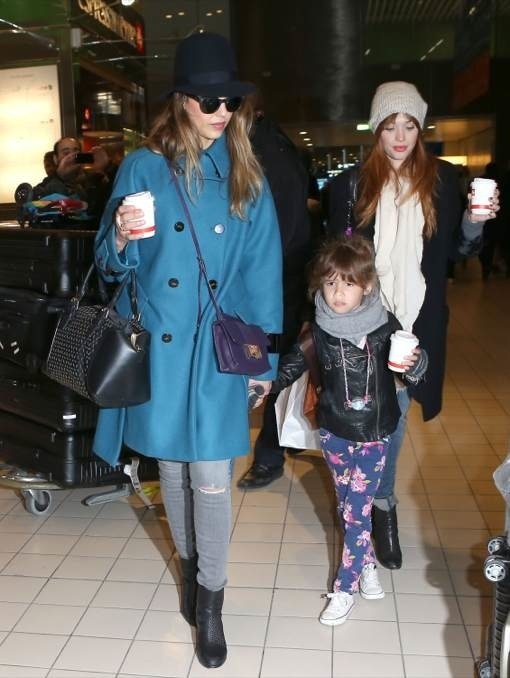 Jessica Alba and her daughter Honor touched down on an Air France flight from LAX at Charles de Gaulle airport in Paris, France on Friday (March 1).

The Fantastic Four actress and the 4-year-old looked stylish in winter attire and skinny jeans. They were joined by a friend as they picked up coffee and hot chocolate before catching a chauffeured car to the city of lights.

Once inside the car, Alba snapped a picture and tweeted it to her fans on Twitter.

Josh Duhamel: I’ve Had Full Conversations With Our Baby Already!

Jennifer Garner Brings Samuel Along While Picking Up Violet From School