Josh Duhamel: I’ve Had Full Conversations With Our Baby Already! 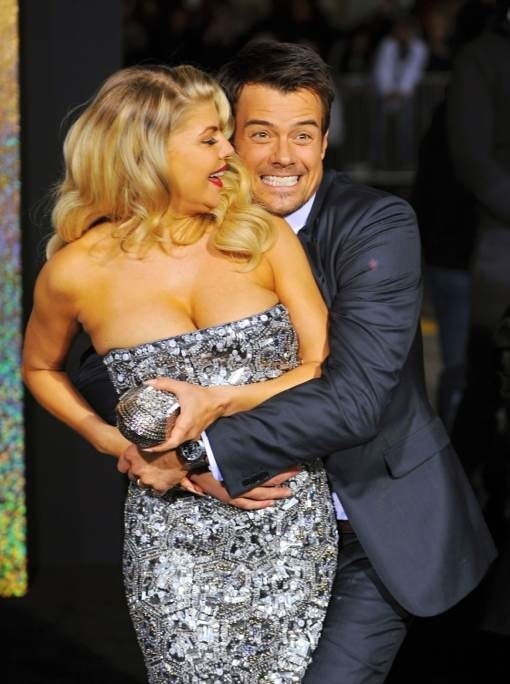 Josh Duhamel is already bonding with his future baby by talking to wife, Fergie‘s belly.

“I’ve had full conversations with the baby already,”Duhamel jokes to PEOPLE at Tuesday’s Nickelodeon upfront presentation in New York. “I’m trying my best to communicate from beyond the womb. Whether it can hear me, I don’t know, but I’m talking to it a lot.”

“She looks so beautiful,” he says. “I look at her now as not only as my beautiful wife, but also as the woman carrying our child. That takes our relationship to a whole new level.”

Josh “hopes to be a great dad,” and feels like he is ready to deal with sleepless nights, diaper duty and constant feedings.

“I actually look forward to that stuff that people warn you about,” he says. “I don’t mind waking up and dealing with the middle of the night stuff. I wake up early anyway. So I’m definitely ready for it. More so than I’ve ever been.”

“I have a lot more life experience than I had at 24. I feel like I’m a little more patient and more wise than I was before,” he explains. “It’s easier said than done, but I’m just looking to raise a good person.”

Busy Philipps Shows Off Bump While Leaving a Lunch Date