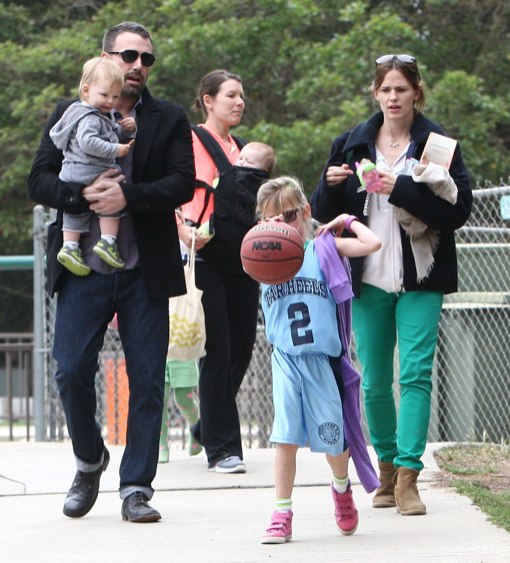 Early in the morning, the actress who was dressed festively alongside Seraphina and Samuel did some grocery shopping at Gelson’s in Brentwood, CA.  Later, they met up with Ben and Violet at a local park where  the kids played in the playground. Violet enjoyed a game of basketball.

While at the Neutrogena Sun Summit, Garner admitted that she has to bribe her kids to wear sunscreen outside.

“Of course it’s a struggle!” Jennifer told People. “The kids do not like getting sunscreen put on, especially at a certain age, at least not mine. If you have kids out there who like sunscreen, hallelujah!”

“I know it’s horrible — and I’m admitting to bribery — but I’ve given them an M&M [for putting] sunscreen on before,” Jen adds. “I’ve [also] done a sticker chart. I’ll do whatever it takes — it has to be a non-negotiable part of life.”