Britney Spears And Her Boys Departing On A Flight At LAX 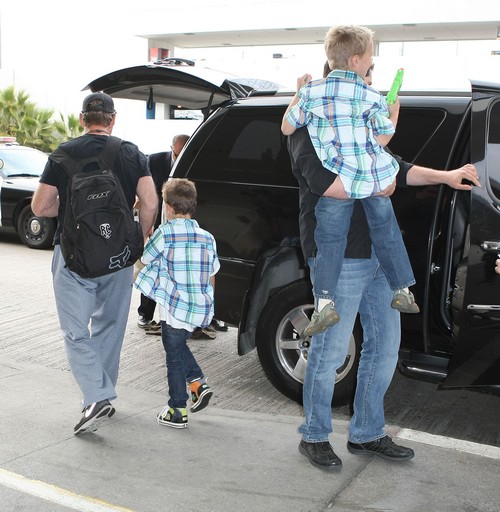 We caught up yesterday [March 28th, 2013] with singer Britney Spears, her two sons Sean and Jayden Federline and her father Jamie Spears departing on a flight at LAX airport in Los Angeles, California.

Britney who was dressed casually and the family are headed to New Orleans.  Britney brought along 2 bodyguards to protect her and her seven-year-old son Sean and six-year-old son Jayden.   Once the family headed into the airport to wait for their flight they all grabbed a snack.  To check out photos of Britney and her family having a bite to eat, head over to Bohomoth who has the photos HERE!

It was announced today that Britney will be making a special guest host appearance at KIIS FM’s annual concert Wango Tango 2013.  This is not the first appearance for Britney at the concert.  In the past she has performed twice at Wango Tango.

This year’s event will take place at the Home Depot Centre in Carson on May 11.  Tickets for Wango Tango are due to go on sale to KIIS Club VIP Members on April 5.

Kim Kardashian In Her Worst Maternity Look Yet, Heading To The Tonight Show