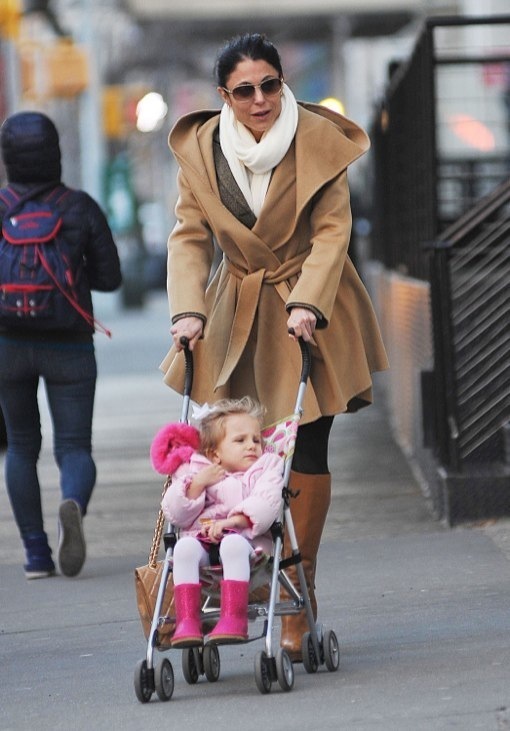 Bethenny Frankel was spotted picking up her daughter Bryn from school in New York City on Monday (March 4).

The Skinny Girl mogul was dressed stylish is a brown coat paired with a scarf, black jeans and brown leather boots. She looked to be enjoying the cold weather while her 2-year-old looked less than pleased.

Frankel is said to be upset that soon-to-be ex-husband Jason Hoppy is still wearing his wedding ring.

“Bethenny just can’t understand why Jason is still wearing his wedding ring! It makes absolutely no sense to her because they have zero plans for reconciliation,” a source close to the reality star tells RadarOnline. “Bethenny thinks he’s doing it to garner sympathy and to appear as the wounded party. Jason told her he’s still wearing the ring so that their two-year-old daughter, Bryn doesn’t get confused. But that reasoning doesn’t fly with Bethenny because Bryn’s still too young to understand that her parents are getting divorcing, or to even comprehend what that means.”

The former couple are in the middle of a messy divorce and are also fighting over custody of Bryn.

Fisher-Price and the Million Moments of Joy Contest