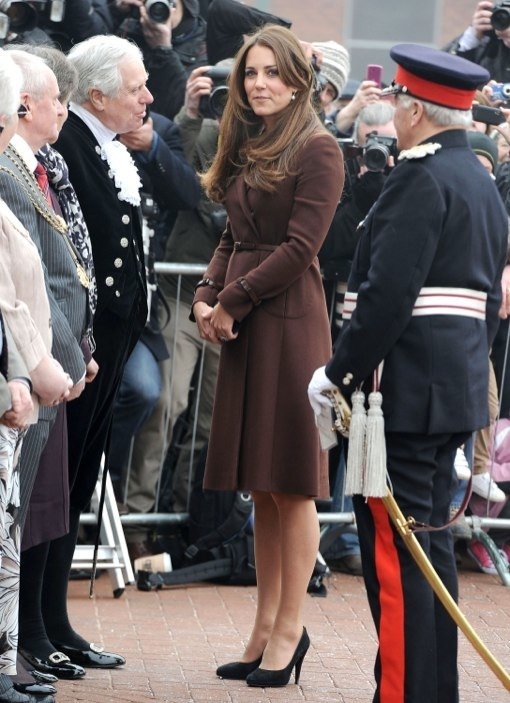 Kate Middleton, the pregnant Duchess of Cambridge made an appearance at the National Fishing Heritage Centre in Grimsby, England, on Tuesday (March 5).

Arriving an hour and a half late due to fog, the future Queen of England looked pretty in a Hobbs “Celeste” jacket and a Great Plains dress with black heels.  She has been pictured wearing the coat several times, including on a working trip to Liverpool and for Christmas with the Queen.

She chatted with admirers, including 42-year-old Bobbie Brown.

This was her first stop out of three public engagements for what the palace calls a ‘royal away day’ in north east Lincolnshire. In other words, a chance to cram in as many engagements as possible in a particular area of the country.

Her next engagement is at Peaks Lane Fire Station run by Humberside Fire and Rescue Service. Lastly, she will officially open the Havelock Academy secondary school.