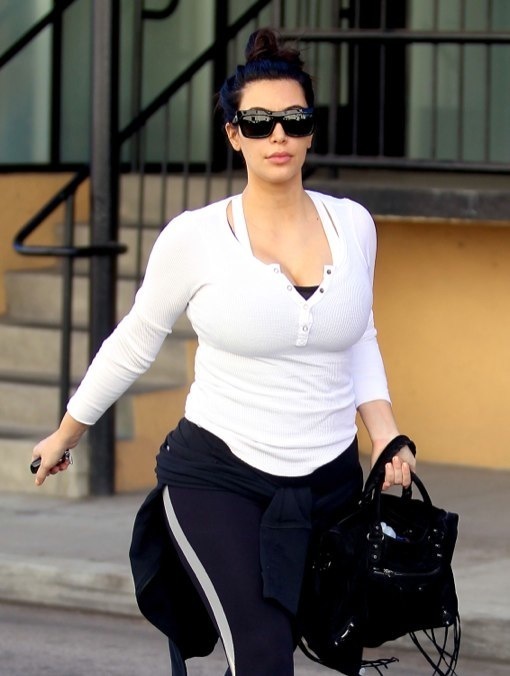 Kim Kardashian was spotted leaving the gym after a Valentine’s Day workout in Studio City, CA on Thursday (Feb. 14).

The pregnant reality barely showed off any signs of a baby bump while wearing a white sweater and workout stretch pants.    Before leaving, a paparazzi gave her a huge boutique of red roses for the special day.

Unfortunately, not everything is so rosey for Kim as of late.

She and boyfriend Kanye West came under fire after they reportedly skipped an airport security line in New York’s JFK airport while catching a connecting flight to Los Angeles.

A Transportation Security Administration spokesperson said an airline staff member took the VIPs “through a non-public area in order to provide expedited access to their domestic flight.”

When another employee discovered that Kim and Kanye had not been screened, they made them disembark the plane for a screening. Meanwhile, a plane full of passengers was delayed for an hour.