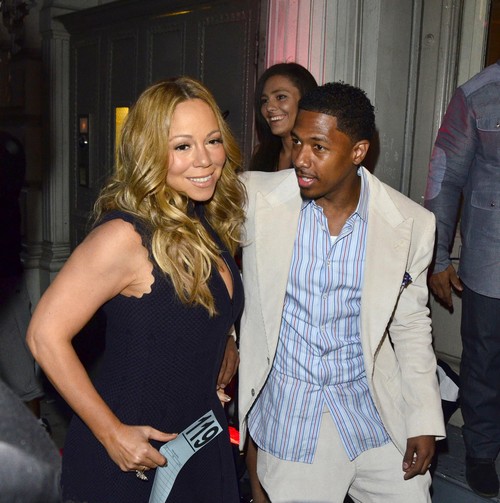 Nick Cannon and Mariah Carey might be super busy parents to 21-month old twins, Roc and Roe but that doesn’t stop them from appreciating some alone time. Nick was recently asked about his surprise plans for Valentine’s Day with his wife and he obviously had some good old fashioned lovin’ on his mind. He suggested that making more babies might be the couples’ plan for this evening. I guess maybe things have changed for Mariah and Nick.

Not long after having her babies Mariah was pretty clear on never intentionally getting pregnant again. She told InStyle back then that more babies would be left in god’s hands but she wasn’t so sure that she could survive another pregnancy. Apparently carrying her twins left a lasting impression and to say that it was really hard would be an understatement.

Now, almost two years later I could actually see the power couple having a change of heart. Most of us swear we’re having no more babies right after delivery but once a bit of time passes, we start to want another one. Now that the twins are a bit bigger and mobile Mariah might be missing her little babies. As much as you love the milestones and you want to see them grow, I think most of us miss our babies now and then. Maybe Mariah and Nick are ready for one more baby. Could you see her getting pregnant again? I’m sure carrying one baby would be a piece of cake after having to carry twins!

Is it baby time for Mariah and Nick? Or will she just focus on her judging stint over at American Idol for now? Tell us your thoughts in the comments below!