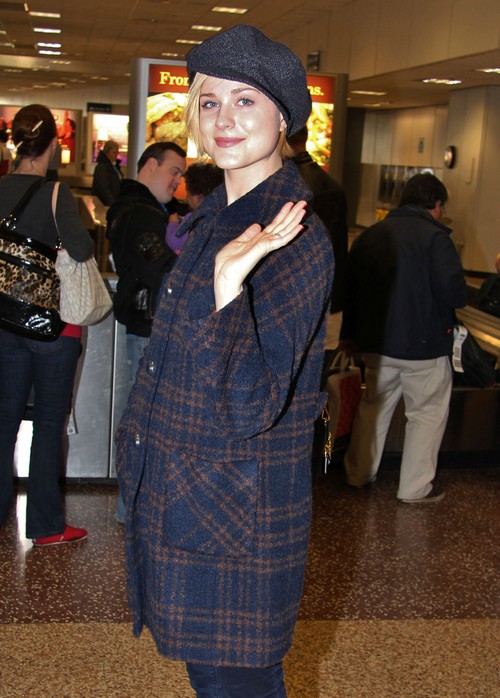 I think after Evan Rachel Wood’s outburst yesterday the paparazzi better realize they’ve officially been put on notice. Her baby is off limits and God love the next over zealous photographer that tries to snap a photo or two. The actress was apparently spotted on the sly leaving her doctor’s office with an ultrasound photo of her much anticipated baby. She was on the roof of a parking garage thinking it was safe to happily look at the photo of her baby. Unfortunately The Daily Mail published that photo a day later, proving that Wood was not as alone as she thought.

The actress through a holy Twitter fit, lashing out in an obvious rage saying,

“You took a picture of my ultrasound photo???!!!! I couldn’t be more furious right now. I want to cry. My child isn’t even born yet. That’s my child. Its not even out of the womb and they are snapping photos of it. I am getting out of la. People have no hearts. I have never been more violated by a photographer. Thats the inside of my body and my child. Would u like my soul too? nothing is sacred”

Can you blame the actress for feeling violated by the press? Do you think theDaily Mail went to far in publishing something so personal? Should they have run it or did it cross a moral line. I realize that anything these stars do in public is technically fair game and that’s just the way it is. But should some sense of moral code kick in here somewhere along the way?

Do you blame Evan for freaking out? What kind of reaction would you have had if it were you? Tell us your thoughts in the comments below!

You might also likeMore from author
Evan Rachel Wood