Kim Kardashian Leaving Reality TV To Give Her Baby Privacy 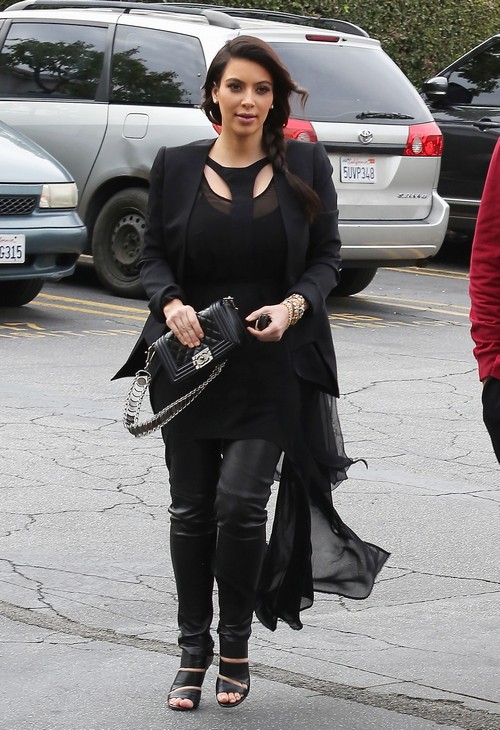 Kanye West quite obviously has a lot of control over the way Kim Kardashian now lives her life. I mean, he’s a noted control freak and was, long before he hooked up with Kim, a chick who has spent the last several years putting every moment of her life on full display. Kanye is said to be sick to death of the Kardashian brand in general and the way that momager, Kris Jenner turns every normal life moment into a made for cable television bonanza. Now that Kim is pregnant Kanye is said to be insisting that their life not be put on full display.

Kim recently gave an interview where she spoke of her new-found understanding of life. Kanye has taught her “a lot about privacy. I’m ready to be a little less open about some things, like my relationships. I’m realizing everyone doesn’t need to know everything. I’m shifting my priorities.”

It’s about time Kim realized that it’s not her moral obligation to share every single moment with the general public. We’ve seen her have sex, pose nude, shop, insult her sisters, get married…the list is endless. I’m glad someone finally was able to convince her the value of not over-sharing. Do you think becoming a mother will change Kim the same way that it changed her sister Kourtney? Will she care less about Hollywood and more about creating a more normal and stable family life? What if she were to split with Kanye? Do you think this new and improved Kim will last or would she revert back to being the girl in skin tight Herve Lager dresses that does whatever her mom tells her to do? Tell us your thoughts in the comments below!

The Fertility Code Gives Unexpected Suggestions on Getting Pregnant