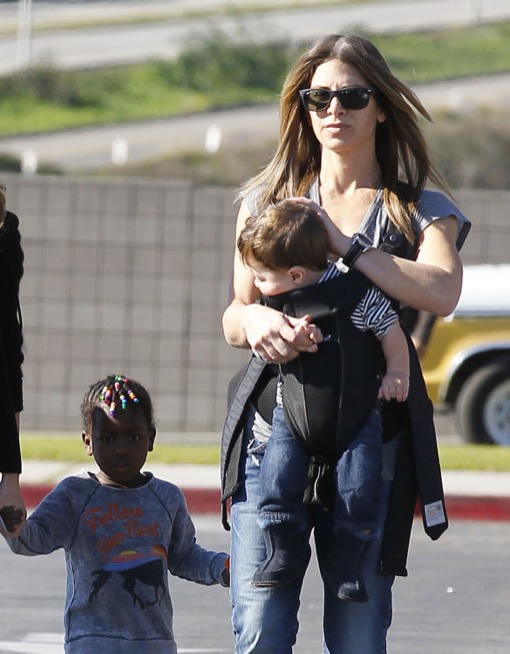 Jillian Michaels‘ son Phoenix is already showing signs he is going to inherit some of her personality traits.

The Biggest Loser trainer admits she expected her 8-month-old baby boy to inherit her partner, Heidi Rhoades‘ laidback approach to life, however, his  personality turning out to be the polar opposite.

“He wants to walk and he gets really pissed about it when he can’t. He gets frustrated,” Michaels told People at the recent TCAs. “He’s a fiery little sucker, he’s just like me. I’m like, ‘You were supposed to be like Heidi!’ But he’s not. It’s not good, not good.”

Admitting she is “terrified for when he’s a teenager.”

“He’s into everything, which is kind of a nightmare to be totally honest,” she says. “We have an outlet in the floor in the living room and I caught him eating the outlet on the floor … I was like, ‘Mother of God!’”

Mom to older daughter, Lukensia the fitness guru say the 3-year-old is also keeping her on her toes.

“Lu just had her first ski trip and she had a little crush on her teacher, Ollie,” Michaels shares. “At first I was like, ‘Oh my God, we’re letting our baby go!’ The second day we took her she ran right to him — loves Ollie.”

The Biggest Loser airs Monday at 8EST on Monday’s.