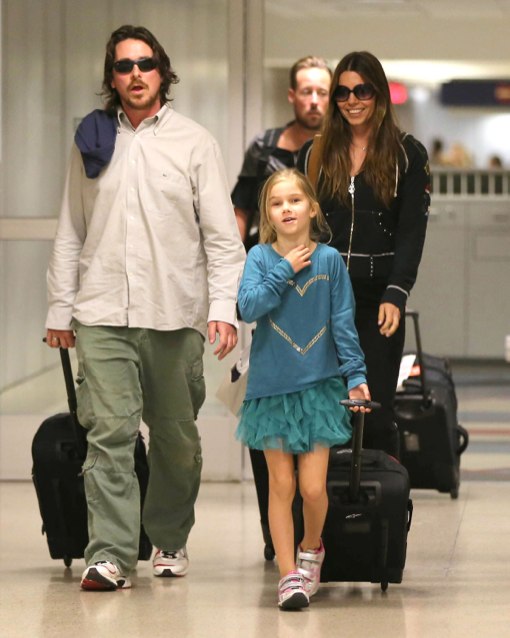 Christian Bale, his wife Sibi Blazic and their daughter Emmaline were pictured  arriving on a flight at LAX airport in Los Angeles, California on Thursday (Jan. 31).

The Dark Knight Actor was dressed in a beige dress shirt and khakis while pulling a suitcase. The 7-year-old was dressed in a blue sweater and skirt while walking next to her dad and in front of her mom.Bale recently made a special phone call to a Batman fan in hospital with Leukemia.

The actor made eight-year-old Zach Guillot’s dreams come true when he called the youngster in Seattle, Washington, and asked him about his interest in the DC Comic book character.

In a video posted on YouTube, Zach can be seen sitting in his hospital bed holding a mobile phone and talking to Christian.

This is not the first time Bale has reached out to a young cancer victim. In September, he flew four-year-old Jayden Barber and his family out to Disneyland in California for lunch.