Britney Spears Wants Another Baby, Ready To Be A Single Mom 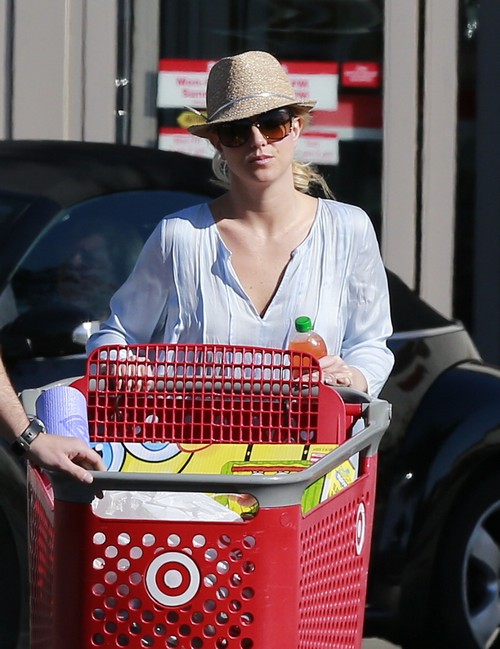 2013 hasn’t exactly started off well for Britney Spears. First she quit her role as a judge on The X Factor basically because she knew that she was about to be fired by Simon Cowell.  A few days after that announcement Britney again made headlines due to her split with fiancé, Jason Trawick. I think everyone has wondered how the star would handle two heavy blows at once and whether or not they’d crush her.  Now we’re hearing that Britney has an idea of how to make things better- she wants another baby and supposedly is ready to do it on her own right out of the gate if she has too!

The latest issue of OK Magazine claims that Britney’s thinking is more than a little erratic and that she is feeling totally messed up by the disruptions in her life.

“She’s a very lonely person and now with Jason gone she’s even more lost. In her mind a baby would fix all that, it would give her something to love and focus on.”

A baby is one thing, but supposedly Britney is even contemplating asking Kevin Federline to be a sperm donor for this intended child so that all three of her kids would have the same biological father!  I’m not sure why anyone would really ask Kevin to be their baby daddy and also I’m not sure how thrilled his current girlfriend, Victoria Prince would be with the idea, as she currently has a family with him!

Do you think Britney is really considering taking this year and using the time to extend her family?  Would she really go back and ask Kevin to help with another baby? Maybe wanting a baby is at the root of the problems with Jason in the first place! What are your thoughts? Tell us in the comments below!