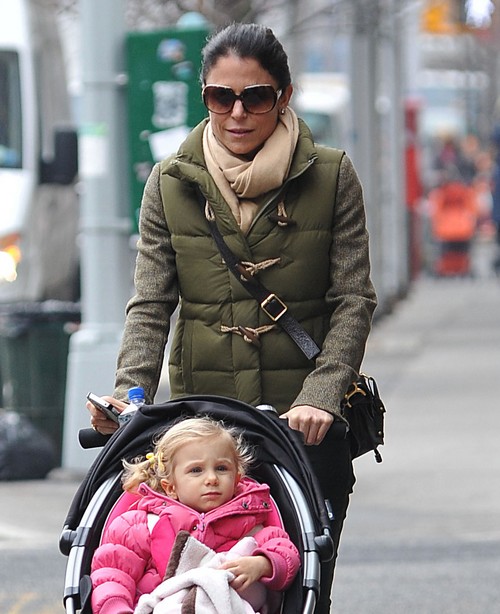 Reality star Bethenny Frankel who is going through a difficult divorce with her ex Jason Hoppy was spotted out walking her daughter Bryn Hoppy in New York City yesterday. [January 30th, 2013]

Bethenny who split from her husband of 2 1/2 years, Jason, in December 2012 is said to be writing a tell-all book about her experiences of going through a divorce.

Bethenny’s ex Jason has been spotted walking around with his wedding ring still on and although he has been making crazy demands, rumor has it he is hoping for a reconciliation.

There does not look like there is much hope in that department since Bethenny, has filed divorce papers.  She is trying to get her life back on track and has reportedly hired Katie Holmes’ divorce lawyer.  Last week she tweeted, ‘The ones in this world who succeed have the “figure it out” & “I’m on it” attitude & there are no problems, only solutions.’

Enjoy the photos of Bethenny & Bryn out in NYC!

Britney Spears Wants Another Baby, Ready To Be A Single Mom