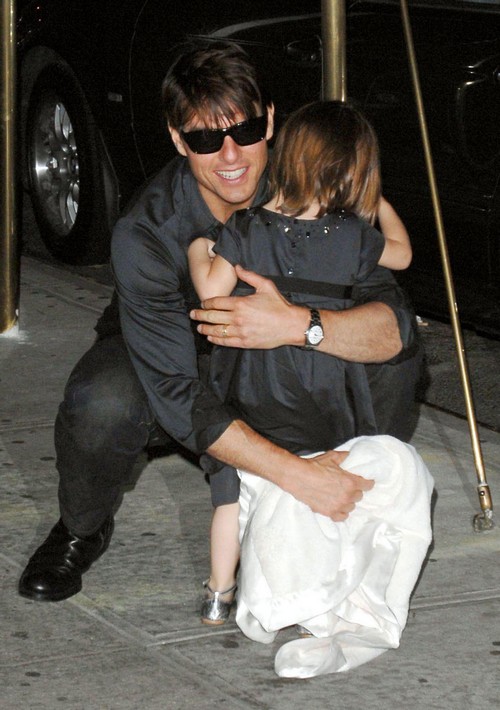 Tom Cruise may have been a father for the better part of 20 years but he still doesn’t seem to get the idea that in the long run you just can’t buy your kids love and devotion. Just ask his two oldest kids that would rather live in a slum than with him! Anyway, Tom is at it again. Rather than paying close attention to his 6-year old daughter’s life and being an integral part of it, he is plotting to create an environment that she won’t want to leave.

According to the latest issue of the National Enquirer Tom is in the process of buying 4 properties in Hawaii that will cost a total of nearly 25 million dollars. He wants to demolish the existing structures in order to build and create the perfect massive home for Suri. Supposedly it’ll be built to spec and somewhere that she’s never going to want to leave!

Lucky for Katie Holmes there is a custody agreement in place and I’m betting it ensures that Tom can’t sweep Suri off her feet and then just keep her. Katie seems to have worked very hard to get Suri onto a realistic schedule for a first grader. In other words, the trips to NYC candy shops at midnight are long over with and I’m sure Katie intends to keep it that way. Suri also seems very attached to her mom and so while Tom may pop up every few months with luxuries, he is just a novelty and not truly parenting.

Do you think that Tom is trying to get Suri back under his control by creating the perfect environment and a place that is just so magical that she won’t want to leave it? Tell us your thoughts in the comments below!