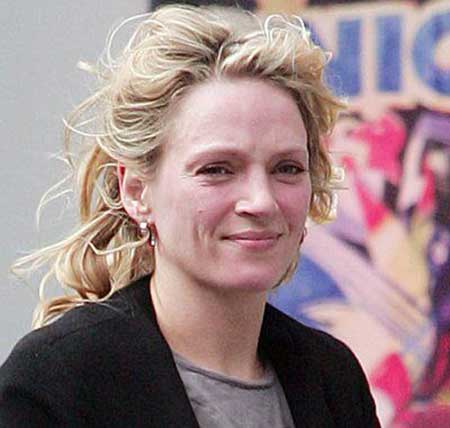 Uma Thurman, the intelligent screen siren of Kill Bill, exclusively spoke to Gotham magazine about how being a “grown-up” mother was less overwhelming than having a baby in her younger days. The 42-year-old Kill Bill star revealed that having had baby Luna in July of 2012 was less of an all encompassing experience than she had with Maya, 14, and Levon, 10 – who were fathered by ex-husband Ethan Hawke.

Fortunately for Thurman, she’s been able to create equilibrium between being a mother and a full-time, world famous actress. She might not feel guilty anymore about the beautiful experience of motherhood, but it is still a very difficult balancing act nonetheless. She explained, “The question of balance has always been kind of a funny one to me because I don’t think there is any balance. I feel like I’ve never done enough. I do think I’m pretty good at home, but trying to balance my energies outside the home? It’s a challenge; there’s so much more I want to do and can do.”

Hopefully, now that Thurman has been able to find contentment in motherhood, there’s a chance that she might make a comeback in her 2013 film, Movie 43, which will see her play the eponymous role of Lois Lane alongside a massive ensemble cast, including Kate Winslet, Halle Berry, Richard Gere, and Elizabeth Banks.

What is the most difficult balancing act for you, Celeb Baby Laundry readers? What do you struggle with most when it comes to motherhood? Let us know your thoughts in the comments below.

Uma Thurman Explains The Story Behind Her Daughter’s Five Names