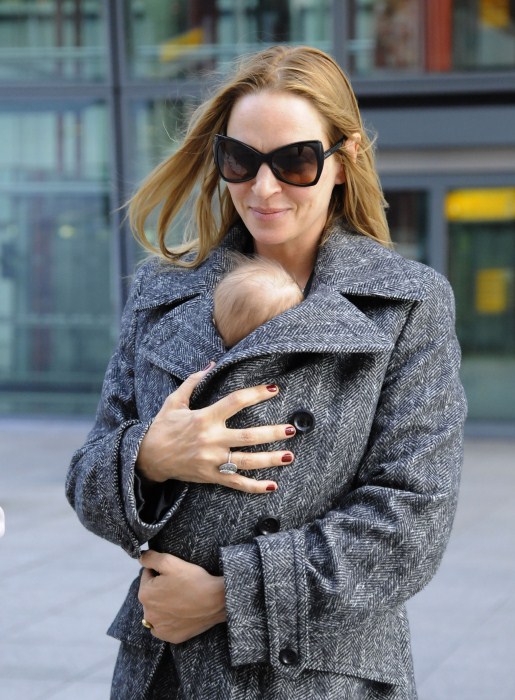 The actress was spotted arriving at at Heathrow Airport from a flight from Los Angeles with her baby girl on Wednesday.   The 3-month-old who family refer to as Luna was shielded from the snapping photographers while Thurman carried her under her warm jacket.

On Thursday, Thurman announced the name of her daughter for the first time.

“I would like to announce Uma and Arki’s daughter’s name for the first time officially: Rosalind Arusha Arkadina Altalune Florence Thurman-Busson, better known to family and friends as Luna,” the actress’ rep Gabrielle Kachman tells Us Weekly.

According to her rep, each name has a special meaning to the mom of three.

“Each name has a special reason and meaning to her mother and father,” Kachman tells.

What do you think of Luna’s long name?
Image Credit: Fame/Flynet
Continue Reading