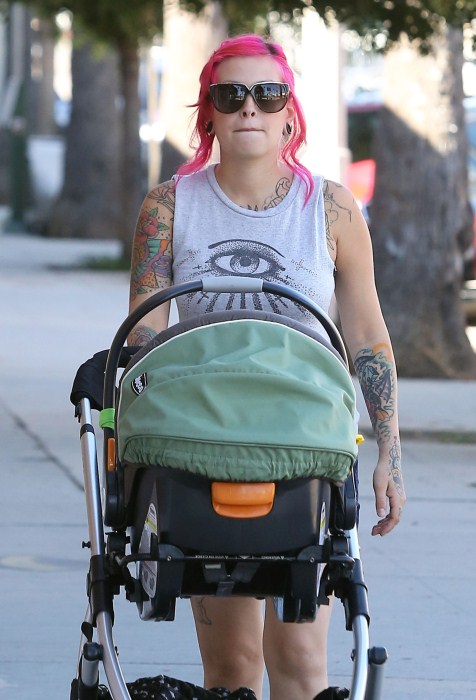 Sheila Hafsadi, girlfriend to Twilight actor Jackson Rathbone was spotted taking a stroll with their son Monroe in Studio City, CA on Wednesday. The mother pushed her 3-month-old son in a Chicco car seat attached to a stroller bottom as she sipped a Starbucks iced coffee.

Rathbone who plays Jasper in the Twilight films recently talked about Bella’s transition into a vampire in Breaking Dawn: Part Two.

“I think it is an amazing transformation. It is something that Kristen’s been waiting to do for years. She just handled it with such grace, beauty, and strength. So it comes across wonderfully on film,” he told Clever TV.

Are you going to see the last Twilight film?