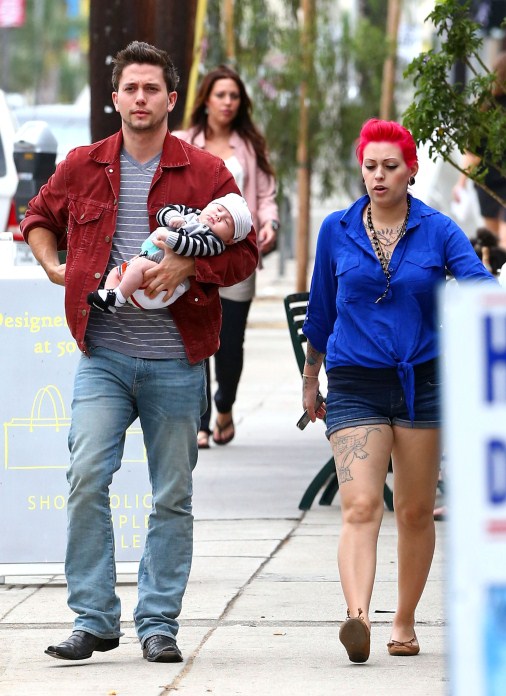 Twilight star Jackson Rathbone spent an afternoon out with his girlfriend, Sheila Hafsadi and their two-month-old son Monroe Rathbone, in West Hollywood, Ca on Wednesday. Rathbone wore casual jeans and a striped shirt with a red corduroy jacket while holding Monroe.  Hafsadi walked besides the two as they made their way to an optical center. Later, the family headed to Volcano restaurant.

“I am now the Dad who constantly kisses my son, which I never thought I would be,” Jackson shared in the video.

He added, “I always knew I would be the Dad that would be constantly showing people pictures of my son. Every conversation I have, everyone’s talking about climate change or politics. And I’ll just be like, ‘Oh yeah, Obama…’ this or that and then, ‘Look at my son.’”