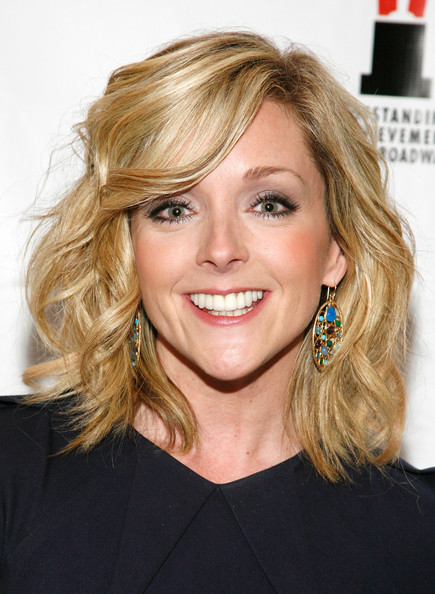 There’s nothing more terrifying for a child to be faced with the long white beard and glassy blue eyes of Santa Claus. Some children are able to handle the hands of Santa, while others tend experience Santa as a bit more – how should we put it? – intimidating? Jane Krakowski’s son, Bennett, falls in the latter category. The one-and-a-half-year-old little one was faced with the imposing Santa when he went to visit the bearded man with his mommy recently.  Krakowski told People magazine, “We went and saw Santa for the first time last weekend. We have the classic screaming by the Santa Claus photo. I love it.”

However, little Bennett didn’t ask Santa for the latest, hottest toys; instead, the little one wants clothes for Christmas. Krakowski explained,

“I don’t know if it’s just his age or because of his parents, but he enjoys getting clothes as gifts. Maybe he doesn’t realize that toys are more fun! When he gets a new sweater, he hugs it.” Let’s all say, “Awww!”

Krakowski currently stars in the critically acclaimed Tina Fey production, 30 Rock, as Jenna Maroney, the dimwitted and hysterically funny blonde.  Earlier this year, the comedienne revealed that she relished in the unpleasant task of changing nappies. She told reporters, “It’s funny: when it’s your child those things don’t smell bad. They all just become lovely smells. You’re kind of amazed sometimes [at] some of the scents that come from my son.”

It’s clear that Krakowski loves her son more than poop itself, but it’s unfortunate that her lovely Bennett doesn’t love the bearded man and his beady eyes. Come to think of it, which one-year-old really likes Santa? The dude is scary and he brings you presents through chimneys! That reminds us; we should put cookies and milk out tonight… We don’t want Rudolph to head butt us with his red nose, now do we?