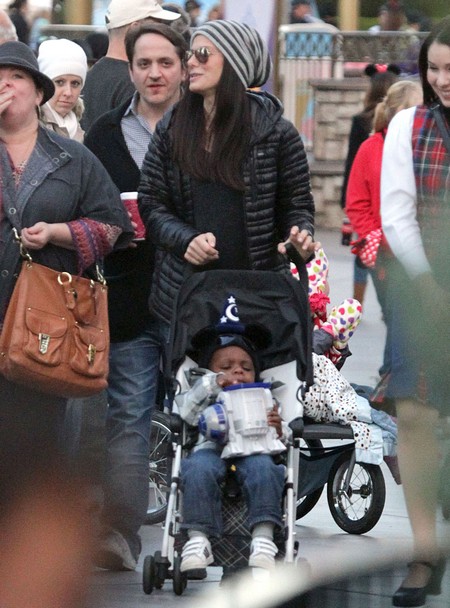 Sandra adopted Louis just after she split from her hubby Jesse James.  She often refers to Louis as her, “main focus” and the, “only man in her life.”  Louis will be turning three in January 2013.

Also joining Sandra for the fun day was  her The Heat co-star  Melissa McCarthy and her husband Ben Falcone. Sandra pushed Louis in his stroller while Melissa stuffed her face with popcorn.

Sandra and Melissa are set to star in Heat by Bridesmaids director Paul Feig.  The movie is about an uptight FBI special agent Sarah Ashburn is paired with testy Boston cop Shannon Mullins in order to take down a ruthless drug lord. The hitch: neither woman has ever had a partner — or a friend for that matter.

The Heat is expected to hit theaters  in the US April 5th, 2012.  Check out the sneak peek of the movie below!