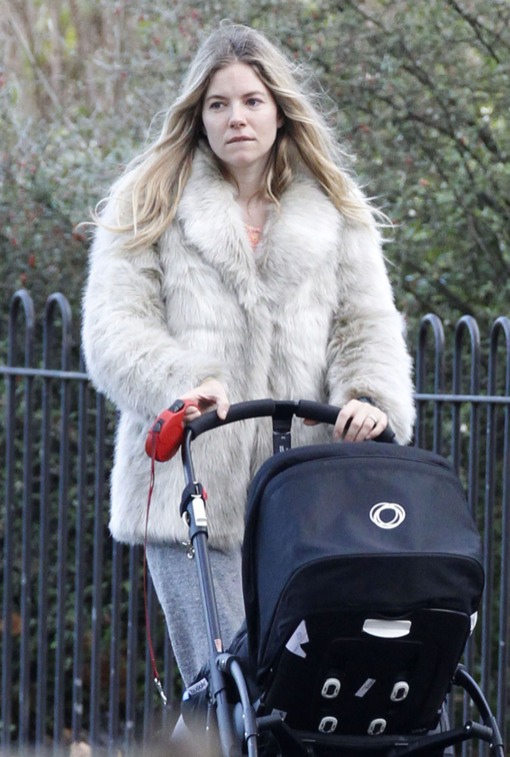 Sienna Miller stepped out with her daughter Marlowe and their dog on a cold winter’s day in London, England on Sunday (Dec. 9). 2012.

The Girl star pushed the 5-month-old in a trendy Bugaboo stroller.  At one point, she let their cute little black dog off his leash, so he could enjoy a run around the park.

Speaking to Harper’s Bazaar in the January issue, Miller reveals that giving birth to her daughter has changed her life more than she ever thought.

“My body’s a completely different thing to me, it’s not mine – all the attachment to its flaws or any aesthetic attachment is gone,” she says. “You understand what breasts are for; and I have such enormous respect for my body because of what it can do.”

Unlike many other celebrity parents, the new mom insists she hasn’t hired any extra help for the baby.

“It’s just been the three of us, which was amazing, and exhausting. We are going to get a nanny, but it felt important to first learn for myself who I was as a parent.”

She has been dating actor Tom Sturridge since 2011.