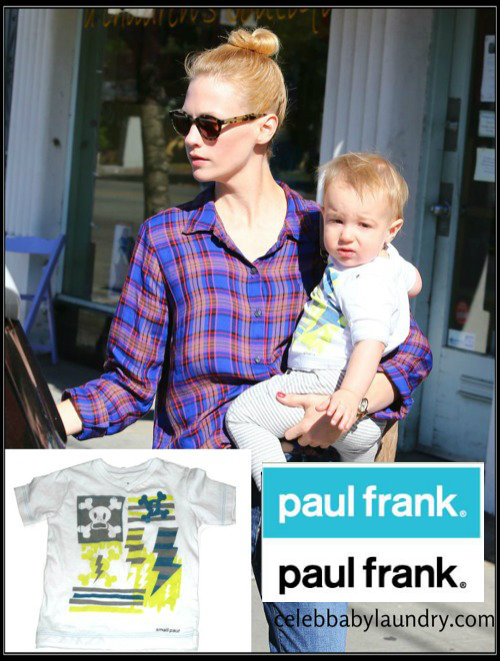 On Tuesday (Nov. 13), the fashionable single mom was spotted running around town with her 1-year-old on her hip while he rocked Paul Frank’s Small Paul Tee.

Born out of the need for a fun outlet celebrating creativity and individuality in Southern California, Paul Frank Industries (PFI) was formally incorporated in December of 1997. With its bright color palette and unique sensibilities, the company has attracted an almost cult-like following of all ages that love PFI’s witty take on every day objects.