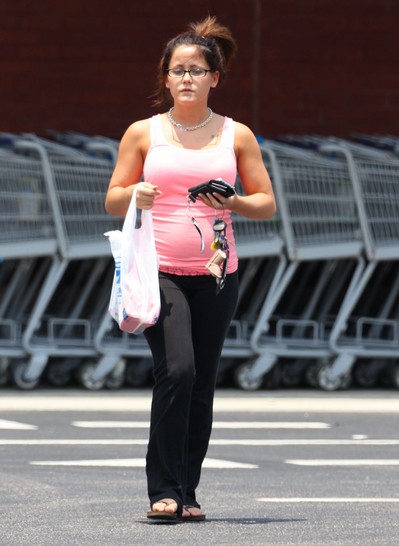 If you wanted proof that many people are really not equipped to be parents then look no further than the majority of MTV’s Teen Mom series.  This time around we’re talking about the already infamous Jenelle Evans.  Her mother, Barbara,  currently (and rightfully) has custody of Jenelle’s son Jace and the reality star has often taken to her Twitter to lash out at the arrangement.  She has insisted that she wants to retain custody of her little boy but says that she simply doesn’t have enough money to hire an attorney.

Her current boyfriend-of-the-moment, Courtland Rogers is in a similar situation. He claims that his ex-girlfriend is a junkie and he too needs to fight for custody of his child. He also has complained that he doesn’t have the money to retain an attorney to help him with a court battle. You’d almost feel bad for the both of them until this week when Jenelle tweeted photos of a $3,000 not-an-engagement-ring- ring that Courtland just bought her!

Needless to say the photos caused some major backlash with Jenelle’s Twitter followers. She was slammed for selfishly spending ten grand on her boob job but not wanting to even save money for her son. Said one angry follower, “It makes me sick that she’s not willing to fight for her kid. As a mom, I would do ANYTHING for my child,”

Of course Jenelle could care less what anyone has to say. She has her diamonds, her loser boyfriend and her freedom and for now, that’s really all that matters.

Will Jenelle ever really bother to fight for her son? Is Jace better off with Jenelle’s mom? Tell us your thoughts in the comments below!