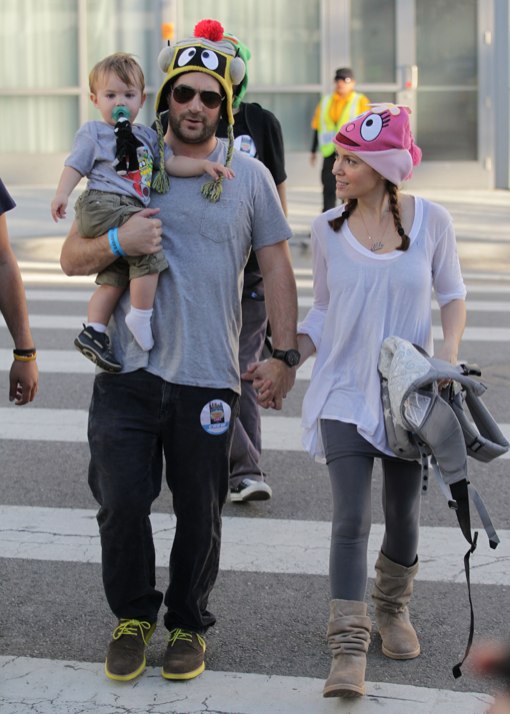 Alyssa Milano and husband Dave Bugliari took their son Milo to watch Yo Gabba Gabba at the Nokia Theater in Los Angeles, CA on Friday (Nov. 23).

The two parents looked to be just as big fans as their son while wearing Yo Gabba Gabba hats. The one-year-old who was missing a shoe looked adorable with a toy animal hanging off his pacifier while being carried by his dad.

One month after the birth of her son, the former Charmed actress gushed:

“Everything is going so well.”

“David told me, ‘It’s like you were dropped off from Planet Mom!’ I said, ‘No, he’s such a great baby, he’s just making me look good!’” she added.