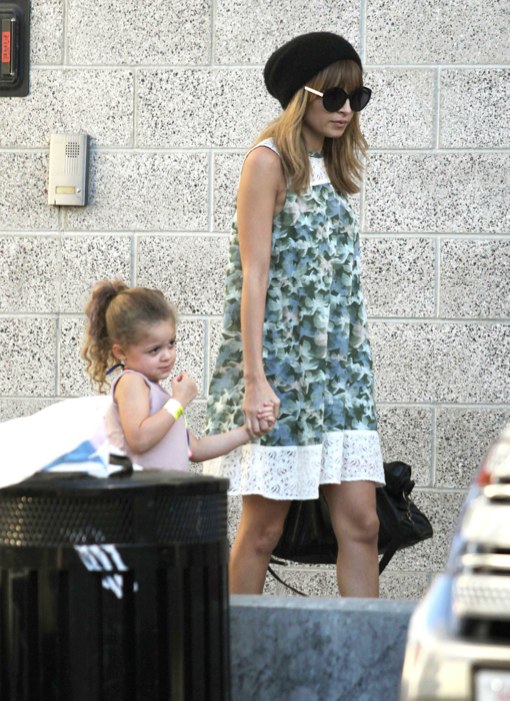 Nicole Richie enjoyed a day with her daughter Harlow while attending the Fresh Beat Band concert at Nokia theater in Los Angeles, Ca on Saturday (Nov. 24). The concert was a live version of the popular children’s television show which airs on Nick Jr.

The mom of two wore a flower printed dress with lace trimming, black sunglasses and black beanie as she held the hand of Harlow. They two were joined by a group of the youngsters friends.

The day before the Richie and her husband Joel Madden were spotted taking Harlow and their younger child Sparrow to the Yo Gabba Gabba show. Other celebrities like Halle Berry, Alyssa Milano and Anne Heche also seen pictured taking their kids to the show.