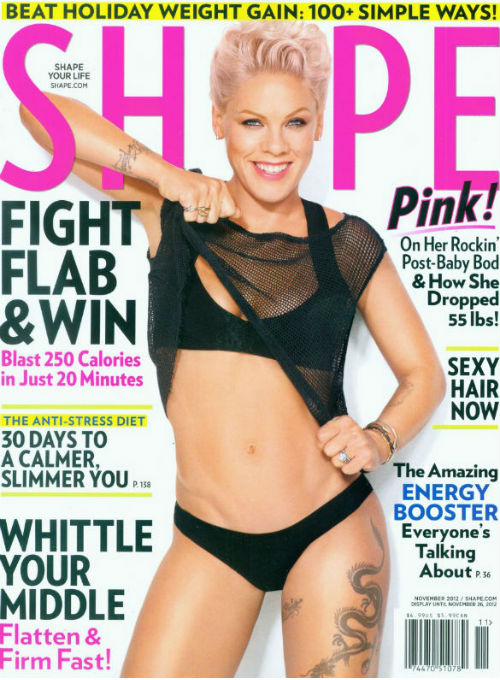 Pink has lost all the baby weight!

The singer and mom to 16-month-old Willow Sage shows off her post-baby body on the cover of the November issue of SHAPE. In the cover story interview, she admits that she gained 55 pounds while pregnant.

Pink wanted to “be kind” to her body the first months after pregnancy, and opted not to rush into losing weight. Ultimately, she started working out with both Jillian Michaels and Jeannette Jenkins.

“They both kicked my butt more than any other person I’ve ever worked out with,” she says. And after losing the weight, Pink claims she’s now in the best shape of her life.

The superstar adds that she loves being a mother.

To read the full interview pick up the issue which is on newsstands now.

Kate Hudson Touches Down In Paris