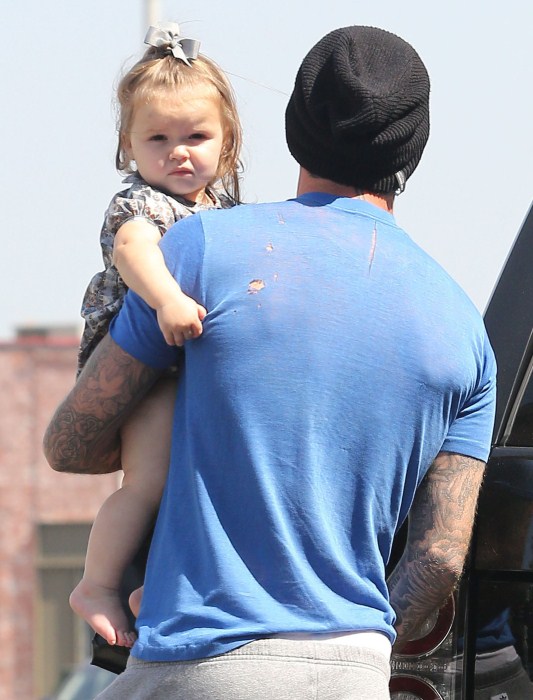 According to the Sun online, the mother of four thinks dancing is the perfect hobby for her energetic tot.

“Victoria and David have got all their children into hobbies at a very young age. The boys have been kicking footballs about since they could walk so it made sense to get Harper into dancing. Plus, Victoria thinks she’ll look cute in dance outfits in the school’s end-of-term shows,” a source said.

Victoria also enjoyed dancing when she was younger. Hopefully, little Harper takes after her mom because her dad apparently has to left feet.

“I love music. David loves music – but he can’t dance,” Victoria once said.

The couple are rumored to be considering a move back to England with their children, Brooklyn, Romeo, Cruz together and Harper. They have been spotted looking at multi-million pound houses in west London.