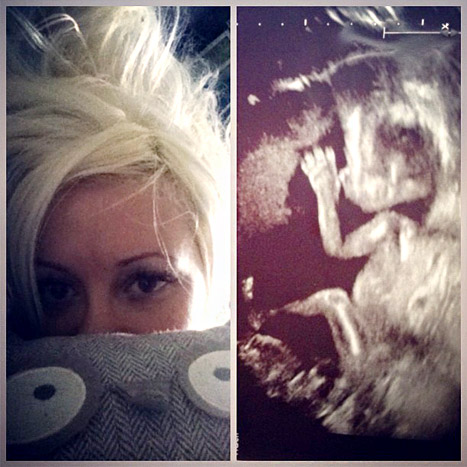 Holly Madison is going to be receiving a lot of pink stuff!

On Tuesday, Madison’s boyfriend, Pasquale Rotella let the cat out of the bag via his Twitter page.

“Off to Amsterdam and I already miss my girls,” the Electric Daisy Carnival founder tweeted, along with a photo of Madison and a sonogram of their baby.

“We are very excited!” he added later.

Apparently, Rotella didn’t get the memo that Girls Next Door star wanted to keep the news a secret.

“We’re not telling anybody yet, but we found out and I’m really excited!” Madison told earlier this month. “I’m really excited about decorating the nursery, so we’ve already started buying some things there.”