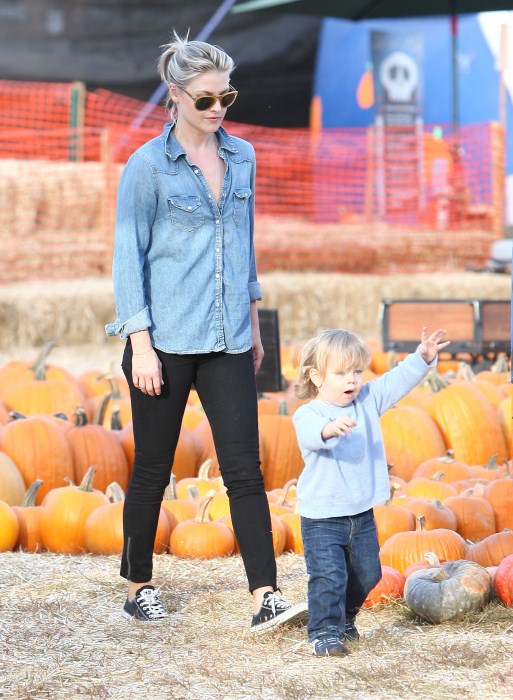 Ali Larter and her husband Hayes Macarthur were spotted taking their 1½-year-old son Theodore to the Mr. Bones pumpkin patch in West Hollywood, Ca on Thursday.

The actress wore black tights and a jean blouse as she followed her growing tot around the patch.Theodore wore a simple gray sweater and jeans while he enjoyed sliding  down the inflatable slide.

Larter recently spoke about juggling her busy acting career with her personal life and keeping fit.

‘As a new mom, time is of the essence, I’m busier than ever, and exercise has gone down to the lowest priority,’ she told OK magazine.

Are you getting excited about Halloween? What are you doing with your family?

Rachel Zoe: Skyler “Makes Me Laugh From Morning To Night”