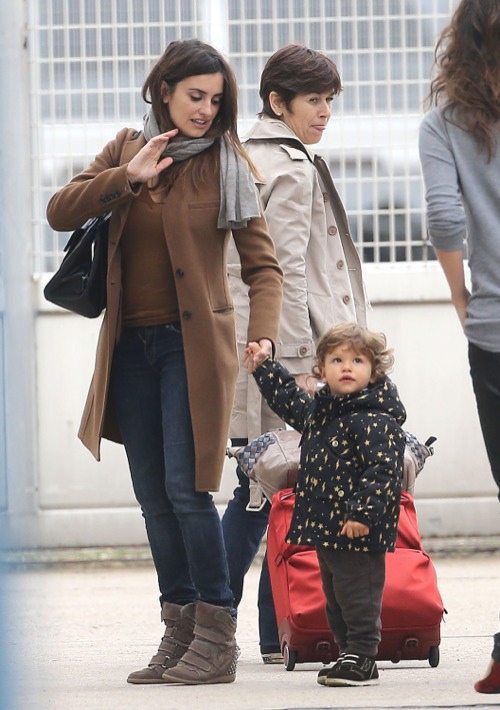 Penelope Cruz and her husband Javier Bardem and their 1-year-old son Leo were seen arriving at the Bourget airport near Paris, France on Tuesday. The actress wore a long brown jacket with a matching sweater with jeans and grey boots while holding her son’s hand.  The tot was also dressed warmly in a jacket with brown pants and shoes.

Bardem told in a recent interview that his character in the movie is not your typical James Bond enemy.

“It was a fine line between playing him camp and [playing him] menacing. I mean, the camp aspect [of the character] was important but it wasn’t the only thing,” he told Heat.

“It’s one note but it’s not the whole melody. I think the character is really ‘open’ to many things. He is not attached to any label, let’s say!”

Cruz is expected to walk the red carpet with her husband for the Paris Premiere of the movie on Wednesday.